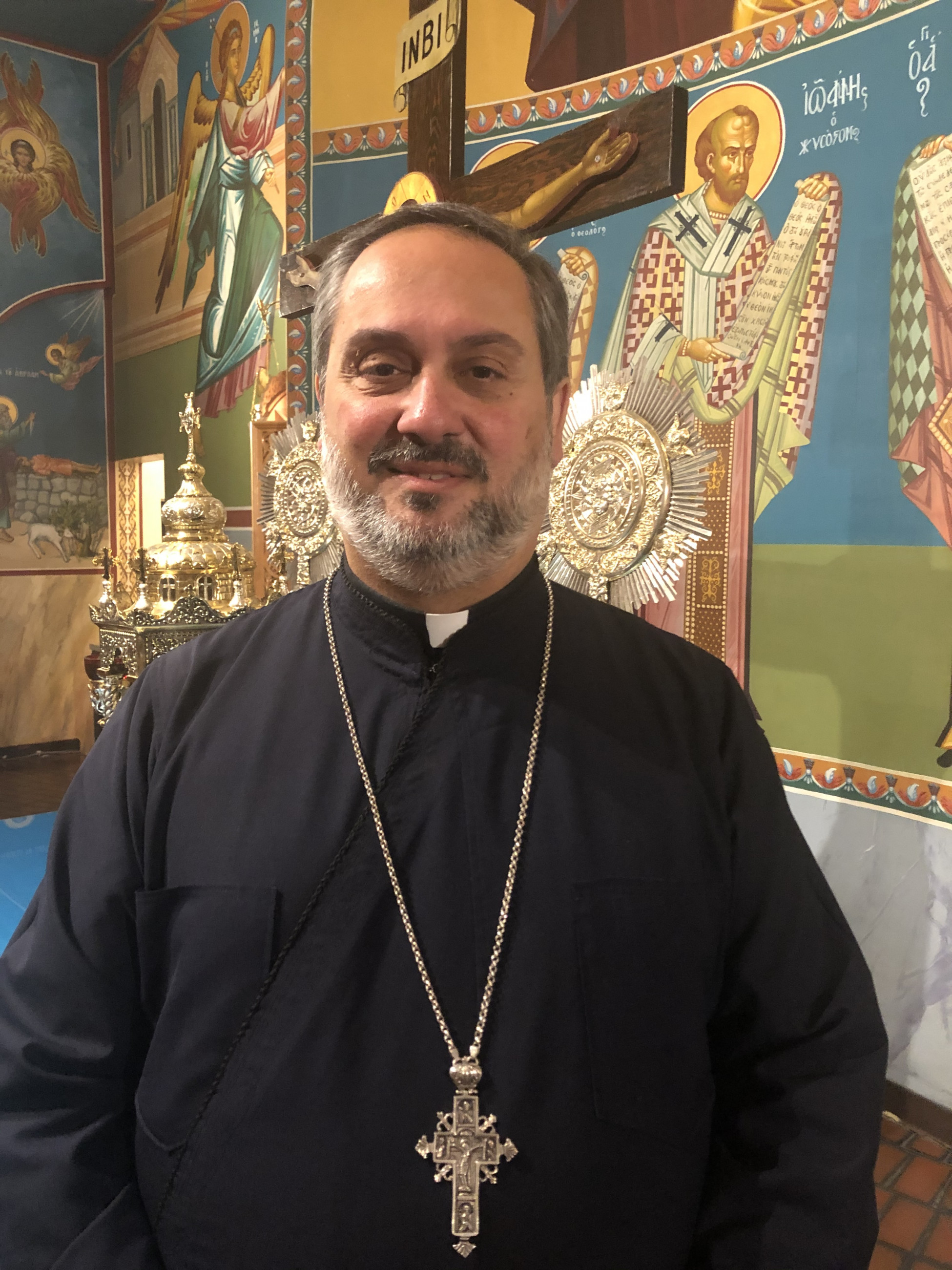 Please call the church office if you need pastoral assistance.

Fr. Odisseys Drossos was born and raised in Montreal, Quebec, Canada, attended Evangelismos Tis Theotokou Church serving in the altar and involved in the youth ministry programs.  He earned a Bachelor of Liberal Arts Degree in Pre-Theology from Hellenic College in Brookline, MA in 1990 and earned a Master of Divinity from Holy Cross Greek Orthodox School of Theology in Brookline, MA in 1993.

During his seven years at Hellenic College/Holy Cross, Fr. Odisseys was a member of the Byzantine Choir, “Romanos o Melodos”.  He served as Chanting Leader in the Chapel and Teaching Assistant to the Professor of Byzantine Music.

He was ordained to the Deaconate on July 17, 1995 at the Annunciation Church in Montreal, Quebec, Canada and ordained to the Priesthood on July 18, 1995 at Saints Panteleimon, Anna and Paraskevi Greek Orthodox Church in Markham, Ontario, Canada where he served as Parish Priest until August 31, 2019.  Fr. Odisseys then served at St. George Greek Orthodox Cathedral in Vancouver, British Columbia, Canada from September 1, 2019 until November 26, 2020.

With the blessings of Metropolitan Methodios of Boston, Fr. Odisseys is now serving at St. Nectarios Greek Orthodox Church in Roslindale, MA since January 24, 2021.

In addition to his pastoral duties at St. Panteleimon Greek Orthodox Church in Markham, Ontario, Canada, he has served in various ministries of the Greek Orthodox Archdiocese of Canada, including editor/producer of the weekly Archdiocesan TV program, Director of Social Services and one of the founding Directors of the Summer Camp Metamorphosis (youth camp). He also has served as the Professor (Instructor) of Byzantine Music in both the Patriarchal Toronto Orthodox Theological Academy (Seminary) and the Byzantine School of Music (Toronto chapter) as well as the Chaplain of the Metamorphosis Greek Orthodox Day School in Toronto, Ontario, Canada.

Please enter a search term to begin your search.